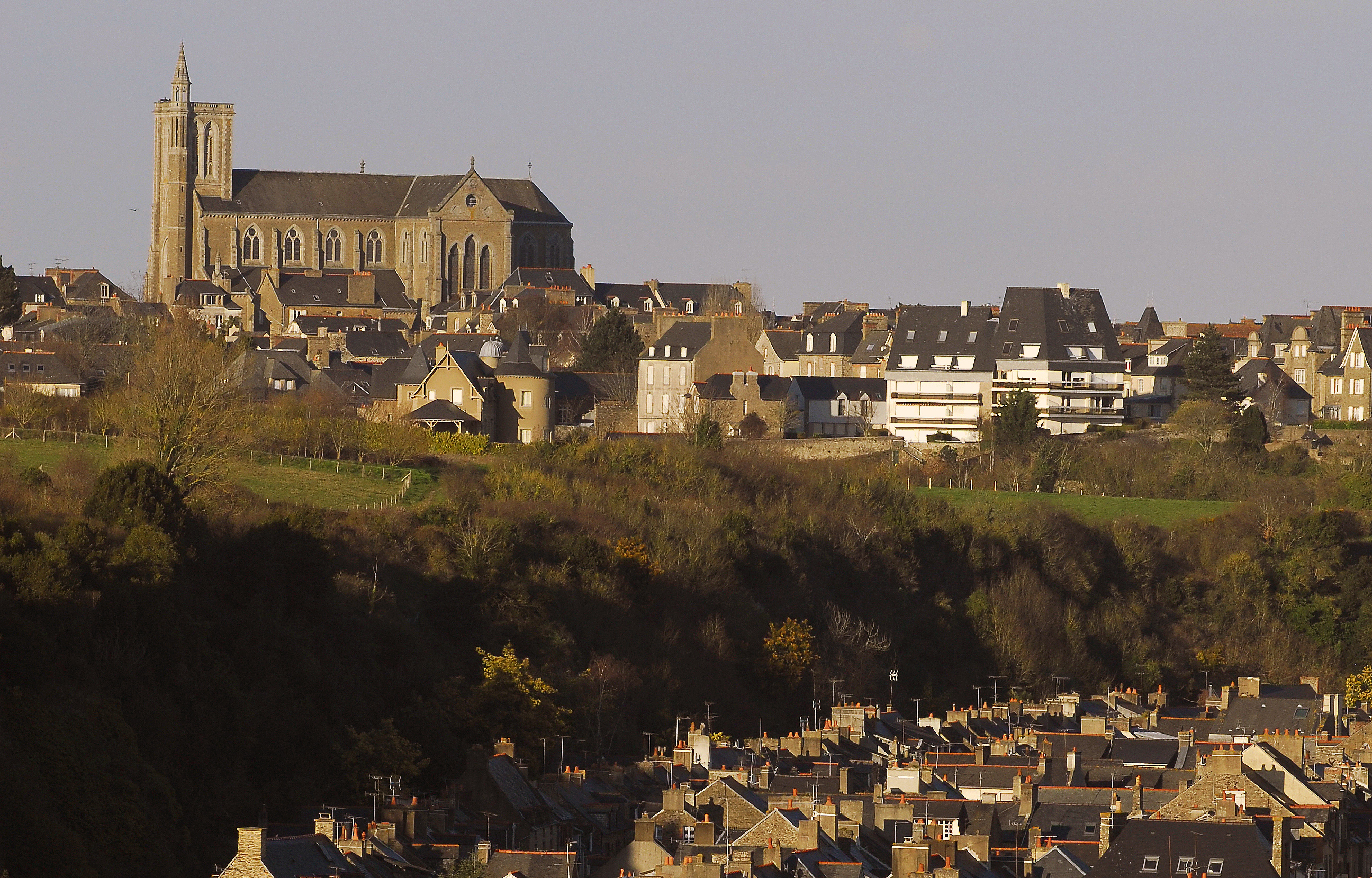 The parish church Saint-Méen was built by Alfred-Louis Frangeul between 1876 and 1886 on part of the park of the old manor Bellevue. The work was followed by the company of Jean-Marie Huchet. Burned on September 2, 1906, it is restored the following year by Arthur Regnault who remakes the roof. The tower was built in 1931-1932 by Mr. Brunet (son). The neo-Gothic style of the 13th century is fairly representative of the work of Alfred-Louis Frangeul, whose architectural architectural production was particularly prolific in the north of the department.